Joseph Tong and Waka Hasegawa are widely regarded as one of the UK’s leading piano duos, they were prize winners at the Tokyo International Piano Duo Competition in 2003 and at the Schubert International Competition held in the Czech Republic. The Duo has given recitals in Japan, Germany, Spain and the USA as well as broadcasts for BBC Radio 3. Since their critically acclaimed London debut for the Park Lane Group in 2002, Piano 4 Hands has performed regularly at Wigmore Hall including several Recitals under the auspices of the Kirckman Concert Society. Joseph and Waka have performed at many of the major concert venues around the UK and at festivals including Buxton, Cheltenham, Bury St Edmunds, Oundle and Presteigne. The Duo’s debut CD of Debussy piano duets for the Quartz Label was chosen as Album of the Week in The Independent, followed by recordings of Schubert and McCabe which have drawn similar critical praise.

Piano 4 Hands has commissioned new works from composers including Dai Fujikura, Rob Keeley, Nicola LeFanu, David Matthews, Edwin Roxburgh and the late John McCabe, whose piano duet Upon entering a painting (2009) they premiéred at Wigmore Hall. In July 2018 Joseph and Waka gave a recital at the newly reopened Purcell Room in London promoted by the Park Lane Group, marking the Debussy Centenary with a performance of La mer alongside the London Premiéres of Daniel Kidane’s Jungle and David Matthews’ Variations on a theme by Haydn Op. 144. These two new works were co-commissioned with the Cheltenham Music Festival, Piano 4 Hands giving their premiéres at the Pillar Room, Cheltenham Town Hall in July 2017.

Last Autumn, Joseph and Waka gave the first performance of Airs of the Seasons by Ailsa Dixon at St George’s, Bristol. Other recent recitals have included the Schubert Society of Britain and Luton Music Club, as well as the National Gallery in London. Joseph Tong and Waka Hasegawa were elected Associates of the Royal Academy of Music in 2008. Future projects include a new commission from the British composer Edwin Roxburgh and a series of concerts with the Bath Camerata, performing the Brahms German Requiem with their conductor Benjamin Goodson in Malmesbury Abbey and other venues including the Sherborne Abbey Festival and Bath Festival in Spring 2020. Joseph and Waka will also be leading a course devoted to piano duets and two piano repertoire at Benslow Music in Hertfordshire this summer.

Thanks to Joseph and Waka for these biographies.

Mendelssohn : Andante with Variations in B flat, Opus 83a

All concerts are held at Boston Grammar School PE21 9QF and they begin at 7.30 pm. Tickets are £12 and may be purchased at the door or ordered in advance from Mrs V Robinson 01205 366018, children and students may attend the concerts free of charge.

Amy Roberts is a British Oboist with a rich and varied career. She has recently featured as a guest principal with the London Philharmonic Orchestra, BBC NOW, BBC Symphony Orchestra and BBC Scottish Symphony Orchestra and she has performed all over Europe with the Gustav Mahler Jugendorchester . Other orchestras include the Royal Liverpool Philharmonic Orchestra, City of Birmingham Symphony Orchestra, Mahler Chamber Orchestra, Hallé Orchestra and Royal Scottish National Orchestra. She is in demand as a soloist and chamber musician having become a 2019 featured artist with “Making Music”, recorded the Villa Lobos Concerto Grosso and performed concertos by Albinoni, Bach, Haydn, Mozart, Martinu and MacMillan. Her Quintet Moriarty Winds perform across the UK in a variety of concert and educational contexts and are proud to have been Chamber Fellows at the Royal Academy of Music and resident ensemble for Wigmore Hall Chamber Tots. She recently graduated from The Royal Academy of Music where she received a First Class MA with Chris Cowie, Ian Hardwick and Melanie Ragge. Previously she studied on the prestigious Joint Course between the Royal Northern College of Music and the University of Manchester studying oboe with Jonathan Small and baroque oboe. She received a First from both institutions and won the RNCM Concerto Competition. Whilst at the Academy she also won the Evelyn Rothwell Oboe Prize, Janet Craxton Memorial Prize and Barry Grimaldi Prize.

Gamal Khamis. After gaining a degree in Mathematics from Imperial College, London Gamal completed his formal musical education at the Royal College of Music. He first performed at the Wigmore Hall at the age of ten, and has since appeared at The Queen Elizabeth Hall, Purcell Room, Cadogan Hall, Sage Gateshead, Oxford Lieder Festival, Buxton Festival and Chipping Campden Festival, as well as across Europe, North America and Oceania. Gamal has won major prizes for both solo and collaborative playing, including at the Royal Overseas League Music Competition and the Ferrier Awards. He has performed concertos with orchestras all over England, and has worked with many of Britain’s leading composers. His playing is regularly broadcast on BBC Radio and Television and in Europe, America and the Middle East. Upcoming plans include recitals across Denmark, a return to the Flatirons Chamber Muisc Festival in Colorado, USA, and a tour of “Odyssey – words and music of finding home”, his new narrative recital with the actor Christopher Kent. Gamal is an artist with the Concordia Foundation, Park Lane Group, Samling and DEBUT, and he is a member of the award-winning Lipatti Piano Quartet, who recently made their Wigmore Hall, King’s Place and Southbank Centre debuts. Gamal would like to thank the Carne Trust for their continued generous support.

“The highlight of the evening was pianist Gamal Khamis, whose sensitivity and imagination shone out of his three performances”. Financial Times.

Georg Philipp Telemann Sonata in A minor TWV 41:a3

The Concert will be held at Boston Grammar School, PE21 9QF. Tickets are £12 and may be ordered in advance from bostonconcertclub@gmail.com or by telephoning o1205 366018. Children and Students may attend free of charge.

The Aluna Duo recently formed this year at the Royal Northern College of Music in Manchester. Classical guitarist, Rafael Onyett graduated with a degree from the RNCM studying under renowned guitarist and teacher Craig Ogden. After winning a highly coveted Postgraduate Award from Help Musicians UK to assist in funding, Rafael is currently studying a Masters degree at the RNCM. Rafael has performed in many venues across the UK, both as a soloist and member of a tango group known as the Chuva Collective.

Flautist Lily Vernon-Purves completed her undergraduate studies at the RNCM with renowned flautist Kevin Gowland, and is now studying a Masters degree at the RNCM under world-class flautist and teacher Susan Milan. As an experienced orchestral and chamber music player, Lily has performed all throughout Europe, most recently touring with the RNCM Symphony Orchestra in Montepulciano, Italy. Lily has also performed with her flute quartet, Calla Flutes, in private and public performances across Manchester.

As the Aluna Duo, Rafael and Lily are both excited to share their debut performance together at St Ann’s Church, showcasing their love of Spanish/Latin inspired music. Biographical notes courtesy of Lily and Rafael.

THE “ALUNA DUO” APPEAR WITH THE KIND PERMISSION AND COOPERATION OF THE ROYAL NORTHERN COLLEGE OF MUSIC We appreciate the support of the Duo in visiting local primary schools as arranged by Boston Concert Club.

Tickets are £12 on the door or they may be ordered in advance from bostonconcertclub@gmail.com or by telephoning 01205 366018. Children and Students have free entry to every concert. 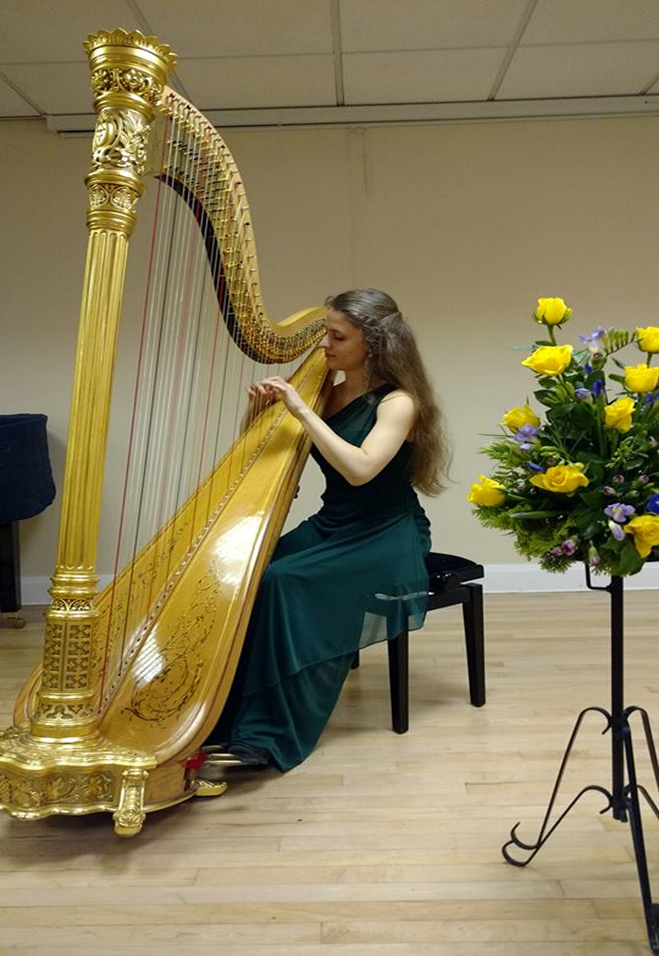 B. Smetana arr. Trenecek – the Moldau

Tickets are £12 at the door or may be ordered in advance from bostonconcertclub@gmail.com or by telephoning 01205 366018

Guitar and Flute Duo – Programme to be confirmed

Piano 4 Hands – Joseph Tong and Waka Hasegawa Piano – Programme to celebrate the music known to Queen Victoria and Prince Albert including compositions by that musical couple Robert and Clara Schumann.

All concerts are at Boston Grammar School PE21 9QF and begin at 7.30. Tickets are £12 and may be ordered in advance from Mrs V Robinson 91205 366018 or bostonconcertclub@gmail.com. Children and students may attend free of charge.